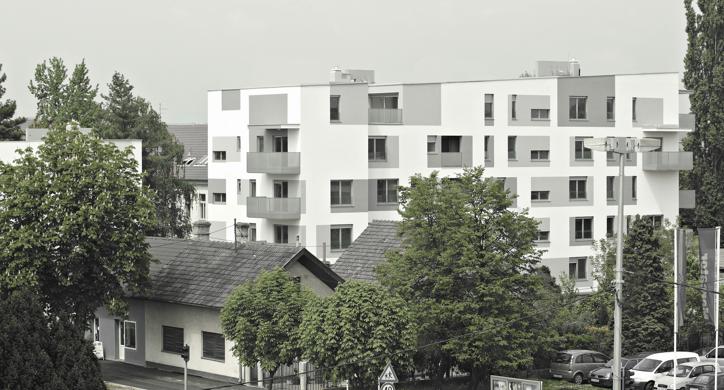 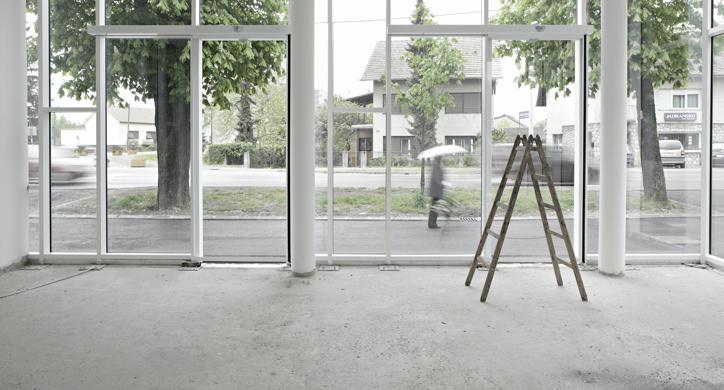 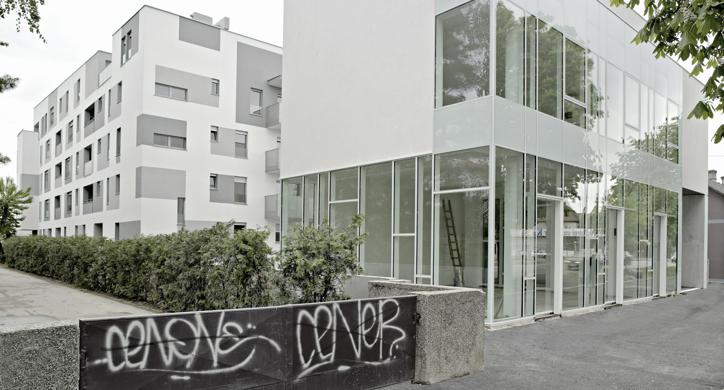 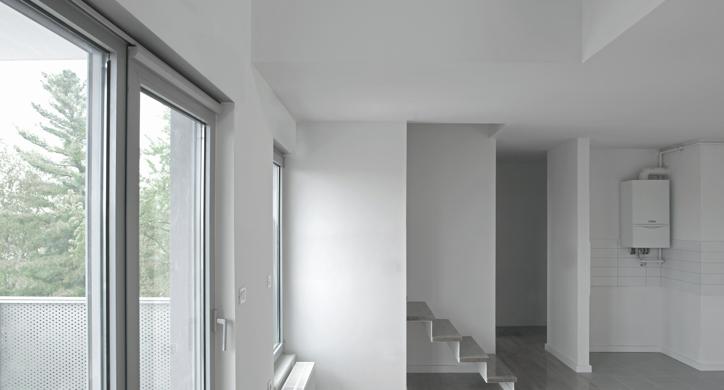 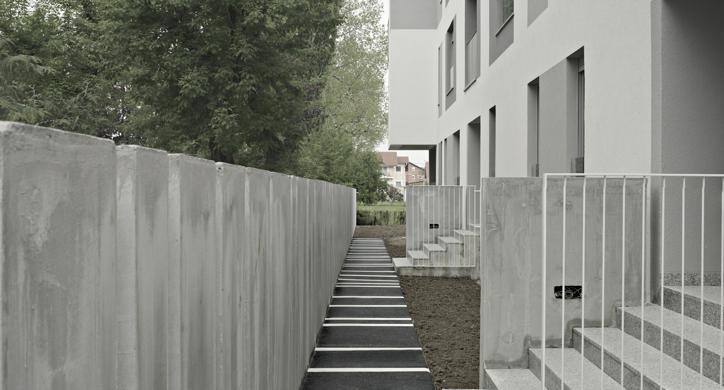 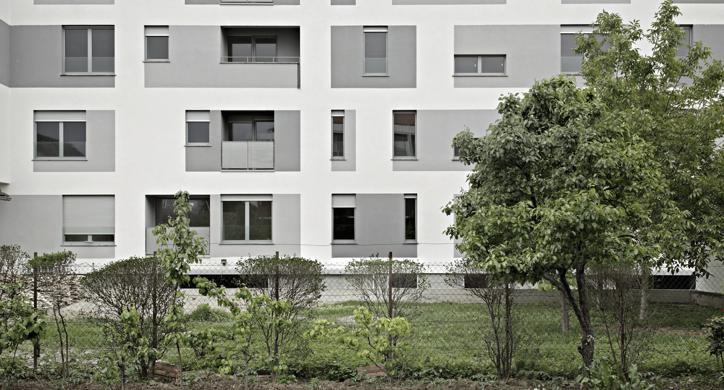 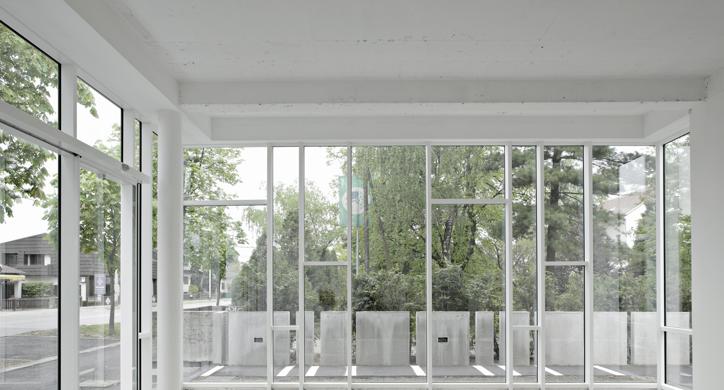 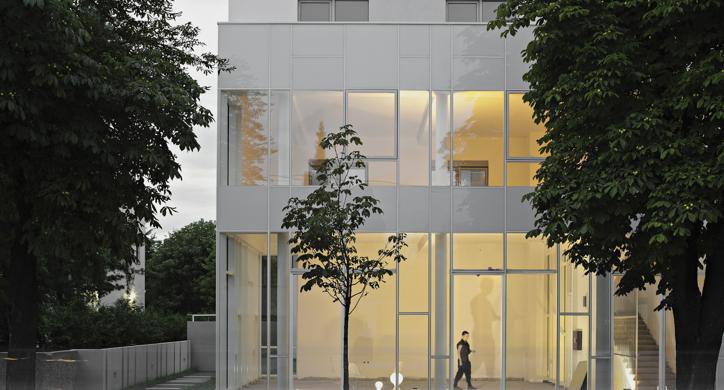 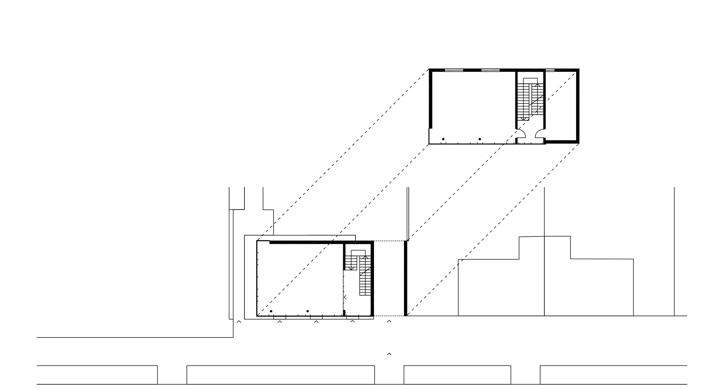 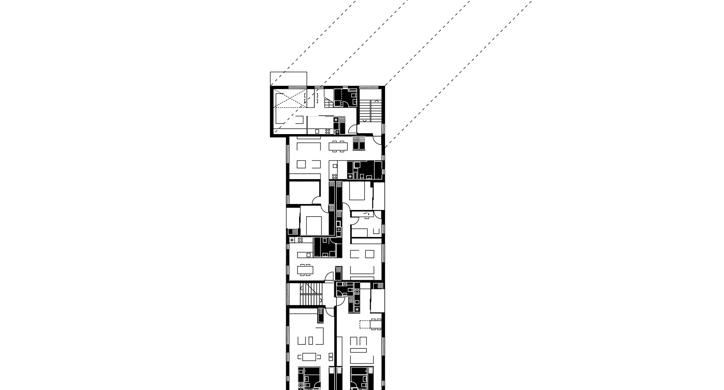 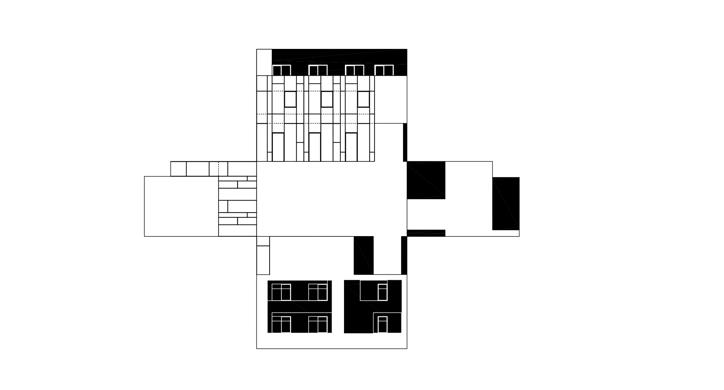 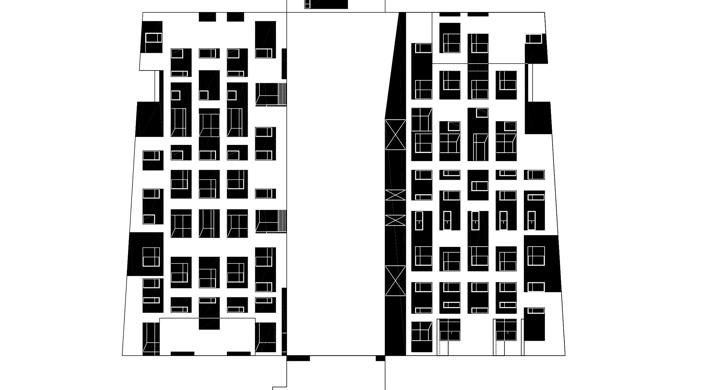 Autorica: Ivana Ergić Namjena: stambeno-poslovna
The building is positioned at the entrance of Velika Gorica, on a spot where contradictory contextual determinants overlap: the rural housing matrix and agrarian parcelization on one hand and town-building, strong infrastructure network and considerable quota of buildings of similar purpose on the other.
Also, a series of demanding urban rules additionally intensifies the cacophony of the entry parameters. On the extremely elongated plot, in accordance with the program guidelines, the house separated into two. The small house, positioned along the fast traffic route, built on the model of department stores of the previous century, only pretends to be big because of the character of the illuminating bench mark at the entrance of the town. The other house does not want to be big, although it actually is. The negating of its largeness is rendered systematically, through the structure of various profiles of users and differing types of apartments (one story or multi story apartments, small apartments for singles or big family ones) as well as formally (by fragmentation of the facade plane with plastic and graphic elements). The void emerging between the houses is a buffer area, but at the same time it is a public space. 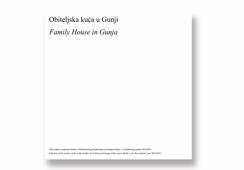 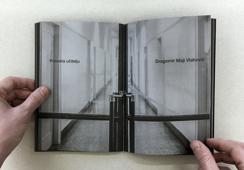 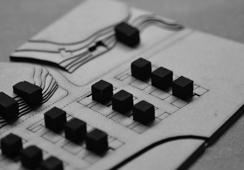 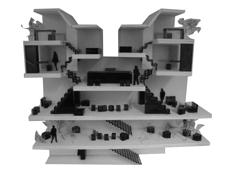