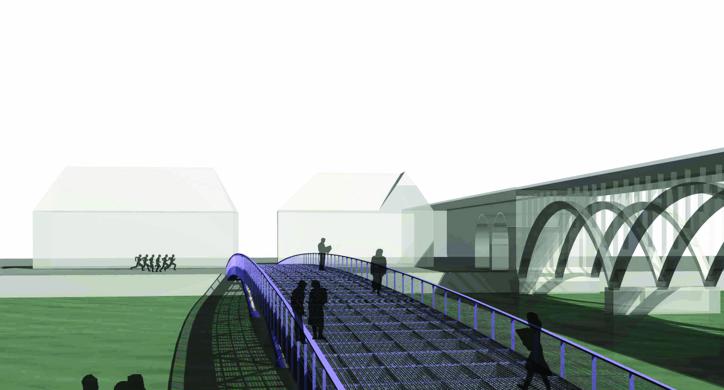 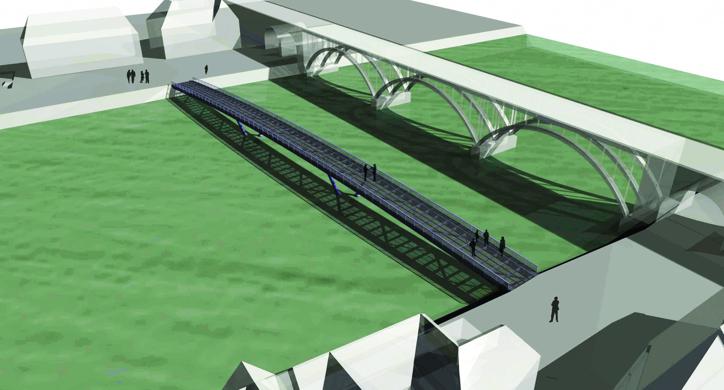 Autor: Davor Andrić
As part of preparations for the European Capital of Culture event in 2012, the city of Maribor launched an international competition for the arrangement of the Drava River embankment. The subject of the competition are three areas indirectly or directly connected to the Drava River, and each of them is an integral spatial and functional unit: the Drava River embankment is planned to be transformed into a pedestrian and bicycle zone and the vibrant urban core; a new Lent-Tabor footway-bicycle bridge should connect the right and the left banks of the Drava River; and a new Maribor Art Gallery should become a new cultural centre and an accelerator of the urban pulse and regeneration.

The historical development of Maribor is closely tied to the river and the bridges spanning it. The medieval wooden bridge which used to connect Lent (waterfront district, former port) and Tabor was Maribor’s historical landmark. After the construction of the Glavni most (Main Bridge) in 1913, and tearing down of the medieval wooden bridge in the 1920’s, an important link which connected the two banks for centuries was destroyed. Moreover, all pedestrian traffic was transferred to the Glavni most at a higher lever, which resulted in gradual abandonment of the activities along the river bank. The renewed linking of the river banks and re-establishment of the historical connection between Lent and Tabor is meant to contribute to the revival of the area and should bring life back to the Drava embankment.

The objective of the competition is a design solution for a new bridge at the location of the old, medieval wooden bridge, which will be a distinct urban construction and mark a new era in the development of the city of Maribor. In the process, the existing ambiance of the historical urban structure will be taken into account – the Drava River banks and the existing Glavni most. The foreseen construction will not obstruct the view of the river; it will be simple, feasible and economical. The new bridge should provide safe access and crossing for pedestrians and cyclists, and also for persons with a disability or reduced mobility; it should also ensure navigation under the bridge. The total foreseen length of the bridge is 130 m, and the minimum vertical clearance 3,5 m.

The solution concept is a transparent construction that will unobtrusively blend into the existing ambiance, reflect the memory of the historical bridge at the selected location, and mark a new era for Maribor by its structure, material and design.

The solution anticipates a metal, slightly curved beam bridge consisting of three sections of 44 meters span, which will provide sufficient horizontal and vertical clearance for the passage of vessels, and a slope which will enable cyclists and the disabled to cross the bridge. Steel has been chosen as the bridge material because of the vicinity of the ironworks, easy availability of semi-manufactured goods and the possibility of manufacture there. The load-bearing structure consists of two box beams, with tendons connected by secondary beams and diagonal stiffeners. The walkway is covered by glass blocks over the metal walking grating which creates an impression of transparency, yet the metal grid under the glass makes the walking in the air above the river feel – nevertheless – sufficiently safe. 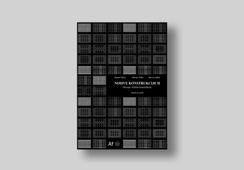 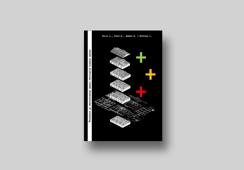 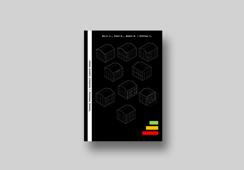 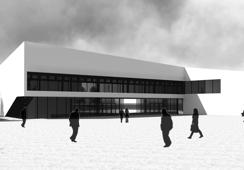 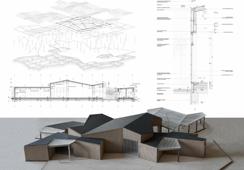