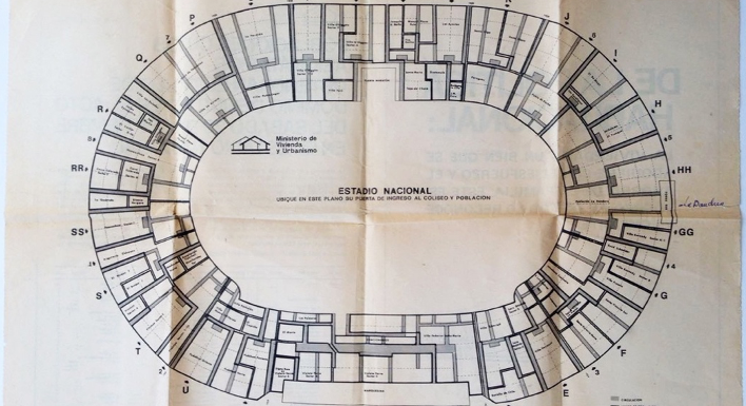 “Chile’s National Stadium was for a day a building and a city. The 29th of September of 1979 its seats were filled by 40,000 families -250,000 people from all over the city of Santiago. The occasion was not a sport game, or a cultural or religious event, but the act of signing the documents that would transform them from “poblador-dwellers” into owners. On the days preceding the event, a booklet circulated in the press with a list of summoned people along with a plan of the stadium –both a diagram and proxy for the whole city. The appointed were mostly beneficiaries from Operación Sitio [Site Operation], a national self-help housing policy that responded to a severe housing crisis by giving people access to urban land, but above all, a private lot within the city. It was referred to as Operación Tiza [Chalk Operation] by its critics, since the tracing of a plot with chalk in the peripheries of the city was what most people received. The naturalization of the logic of private property, of land liberalization, of deregulation, and of housing atomization, were massively celebrated that day, at the stadium’s full capacity.”