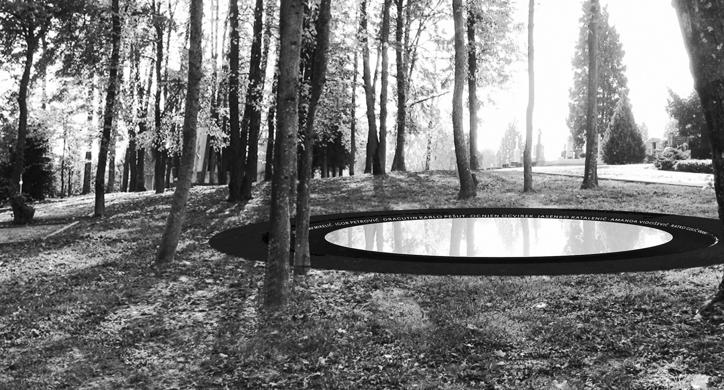 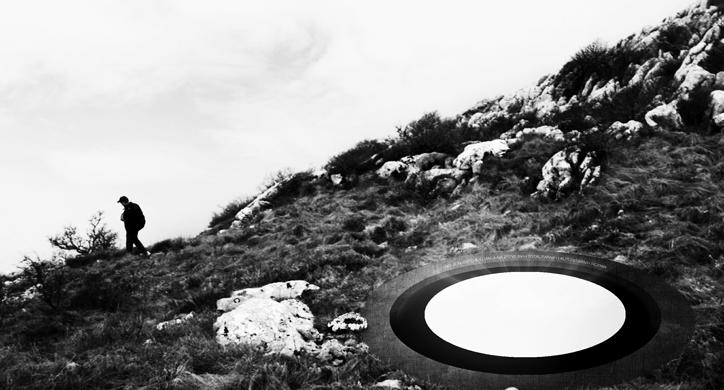 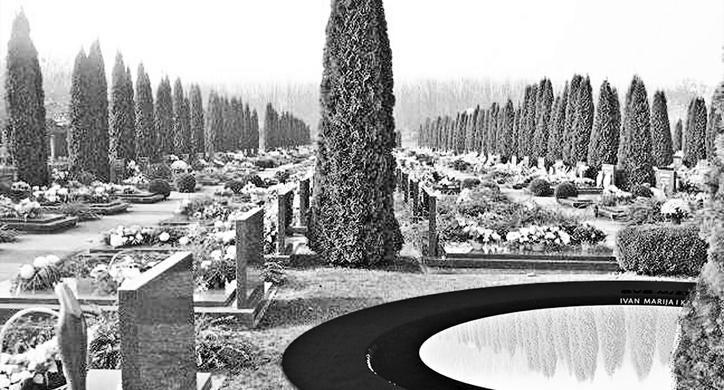 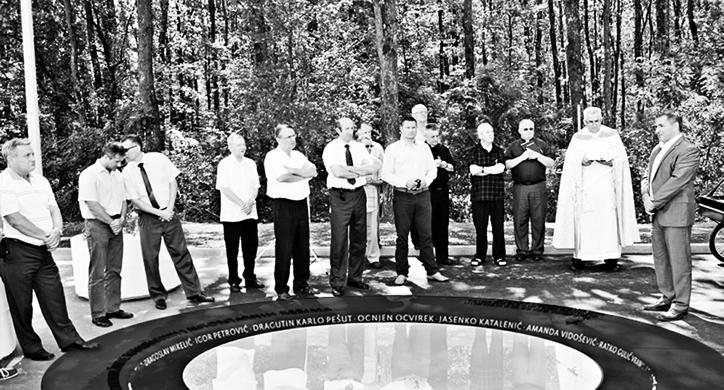 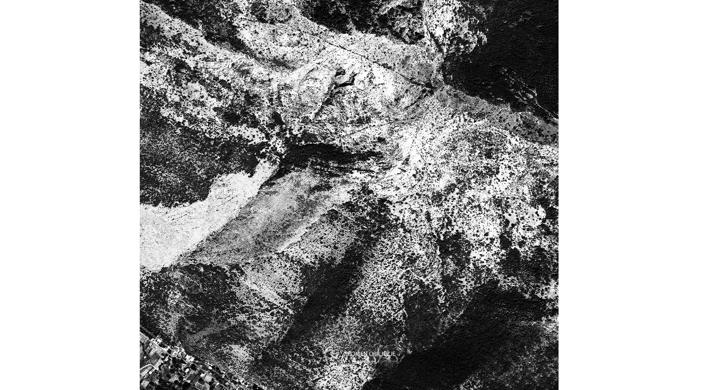 Autorica: Renata Waldgoni
This memorial refuses to be the repository of history, collective suffering and death. Rather, it functions as a reflection of the present, a subjective moment that redefines the notion of the historical turning the collective topography of death and conflicts into a personal topography of memory and reconciliation.

By using the horizontal mirror surface as a central element of spatial expression, the memorial thus draws the landscape into its visual appearance. In this manner it becomes thoroughly adaptable to any environment. The clever use of the motives of reflection positions memory into the converging point of the three loci: personal, territorial and social.

Memory as the Locus of Personal Reflection
(Architecture)

Stripped off of superfluous histories, the memorial site maintains at its perimeter factual data regarding the number of victims and the circumstances of their death as well as the information on the victims, crimes and perpetrators. In its very centre a circular reflective surface is positioned which mirrors the sky and the landscape. The reflective surface is placed atop a hollow into which the penetration of light is reduced to minimum. A strong visual, emotional and symbolic contrast is thus developed between the dark emptiness in the perimeter and full lightness of the central circular surface. In this way a clearly shaped mirror image of the sky and landscape marks at the same time a specific place of suffering whereby the very locus of the memory is removed by suggesting that the memory is a symbolic, sensory material reflection of a personal moment of recollection. The memory is no longer in the very memorial but rather in people; not in the collective but in an individual. The memorial space is therefore reflexive and it unfolds between the visitor and the monument immersed in different spatial ambiences.

Memory as a Locus of Territorial Marking
(Urbanism / Landscape / Cartography)

The marked mirror surface of the circle-shaped ground-plan of the memorial makes it easy to fit it into an urban or natural landscape. In the urban landscape, the memorial presents a spatial benchmark, a caesura in the dynamics of standard urban flow. As an attractive big surface reflecting the sky, the memorial serves as a stopping point which gathers the passers-by. In natural landscapes, whether they are the karst terrain of Dalmatinska zagora/ the Dalmatian hinterland or the green hills of the Zagorje and Slavonia regions, the memorial grounds the sky/ brings the sky down to earth/ and becomes the point which epitomises the spatial determinants. Salient, but non-invasive in its visual appearance, this solution follows the logic of natural phenomena such as lakes in the landscape which reflect the sky or daily light and serve as important attractors creating a specific ambience within its perimeter.

The central reflection of a new territorial marker becomes visible not only from far away in the actual landscape but also in publicly accessible satellite images such as those provided by Google maps. Once they have been placed, the light reflections of this memorial will create completely new memorial topography. In an area marked by conflicts, constantly re-drawn through condemnations and hatred, reconciliation can be developed as a new topography of the reflections of grounded stars among which there is no longer any difference.

Memory as a Social Locus of Reconciliation
(Social Design)

The project anticipates the creation of at a website with a focus on a map with the mentioned topography of reflections. Reflections of light of the exact locations where the memorials have been erected in actual space – on the maps such as the Google ones – provide a new possibility to commemorate the victims. In this way, families seeing the memorial reflections may remember their loved ones even when they are away from some of the distant and less accessible locations and regardless of the dates officially envisioned for commemoration – which, these days, often give rise to new controversies and struggles of daily politics. It is exclusively a story of individuals, their personal data, old family photographs and memories, i.e. materials which can be digitalised and joined to a specific reflection on the map. Without hiding the figures of victims or the context of their suffering, the new topography of remembrance is created from the same and equivalent reflections; it is free from religious and ideological symbols, yet it regains lost human faces. 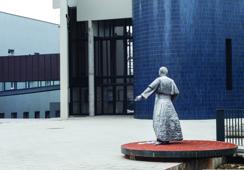