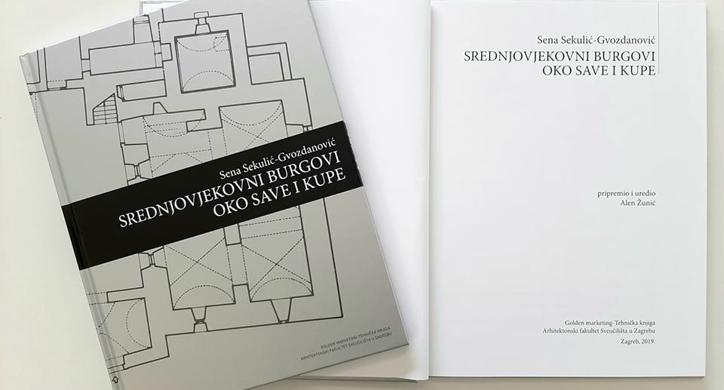 Medieval Burgs around the Sava and Kupa Rivers

Autor: Sena Sekulić-GvozdanovićUrednik: Alen Žunić Publisher: Golden marketing -Tehnička knjiga, Arhitektonski fakultet Sveučilišta u ZagrebuMjesto izdanja: ZagrebGodina izdanja: 2019ISBN: 978-953-212-427-9
The book presents a revised but so far unpublished manuscript of
the author’s habilitation thesis defended in 1960 at the Faculty of Architecture,
Civil Engineering and Geodesy of the University of Zagreb
under the supervision of prof. Juraj Denzler. The manuscript has never
been published as a whole and the only copy of the habilitation thesis
kept at the Faculty was lost over time. However, the original manuscript
has been recently found in the private archives. Sixty years after it
had been written it was used as a basis for the book. It is a valuable
document of the state of research into Croatian burgs and methodology
of the period. The book consists of three big parts: the first one
deals with the general survey of the development of the fortification
architecture through history, the second one gives an analysis of
the characteristics of the medieval burgs and parts of its architecture
while the third one encompasses 10 ‘catalogue units’ with a detailed
analysis of the burgs in the analyzed area (Blagaj on the Korana river,
Lukavec, Medvedgrad, Okić, Ozalj, Ribnik, Samobor, Sisak, Slavetić,
Susedgrad).